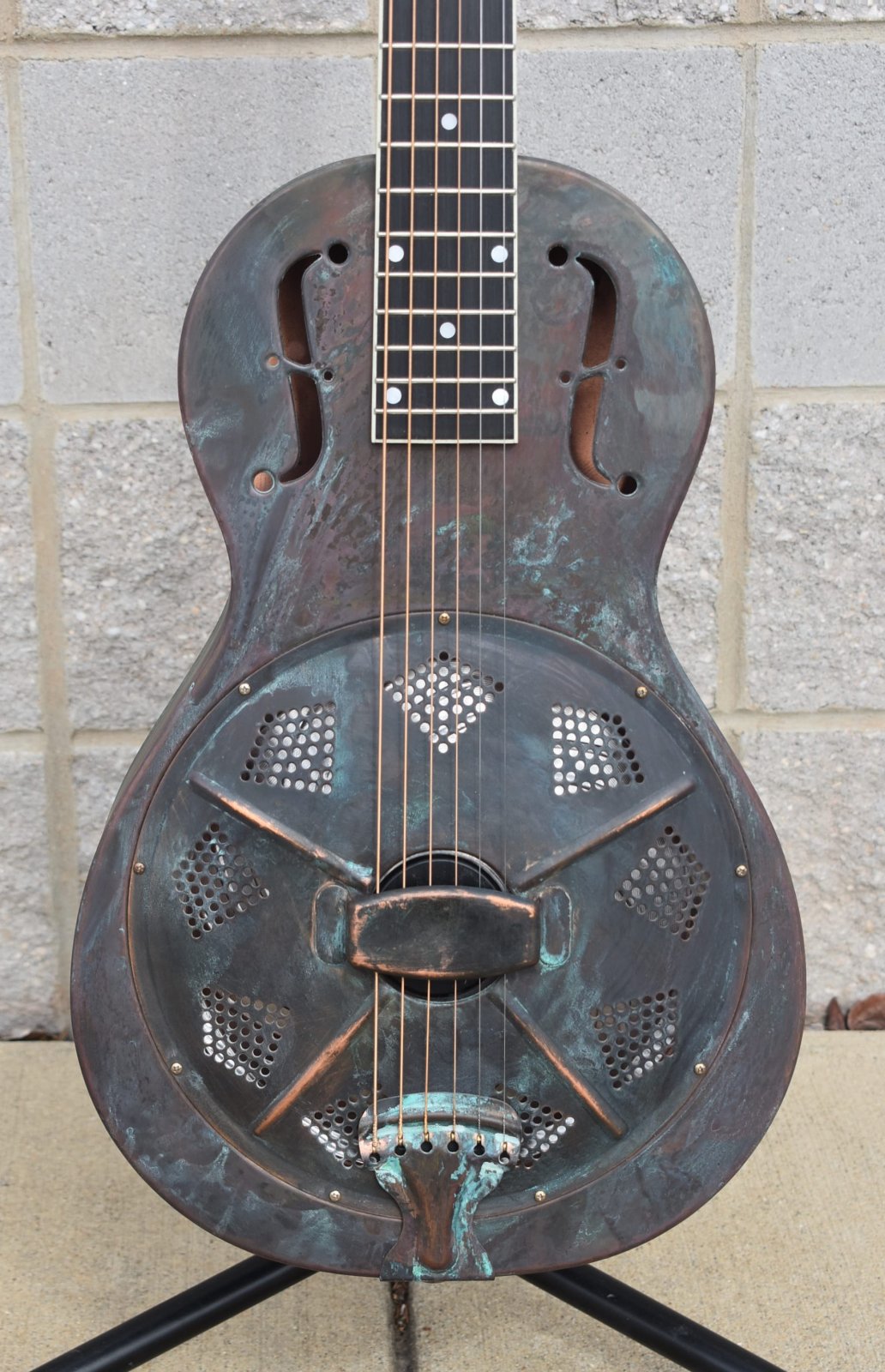 As the world sank into the Great Depression of the 1930’s the tri-cone suddenly was too expensive for most musicians to afford. John Dopyera created a second model that was less expensive to produce, but every bit as loud as his original. This was the single cone model, sometimes referred to as a “biscuit cone” because of the round wooden disc that sits atop a larger, single convex cone. This model became the choice instrument for the traveling Bluesmen of that era because of their incredible volume and rugged metal bodies.  Their sound is different from the Tri-cones with a sharper attack and less sustain.  Single cone models come in 12 fret, 14 fret, and a 12 fret version called the 'Delta Rocket' that incorporates tricone grilles in place of the traditional f-holes.