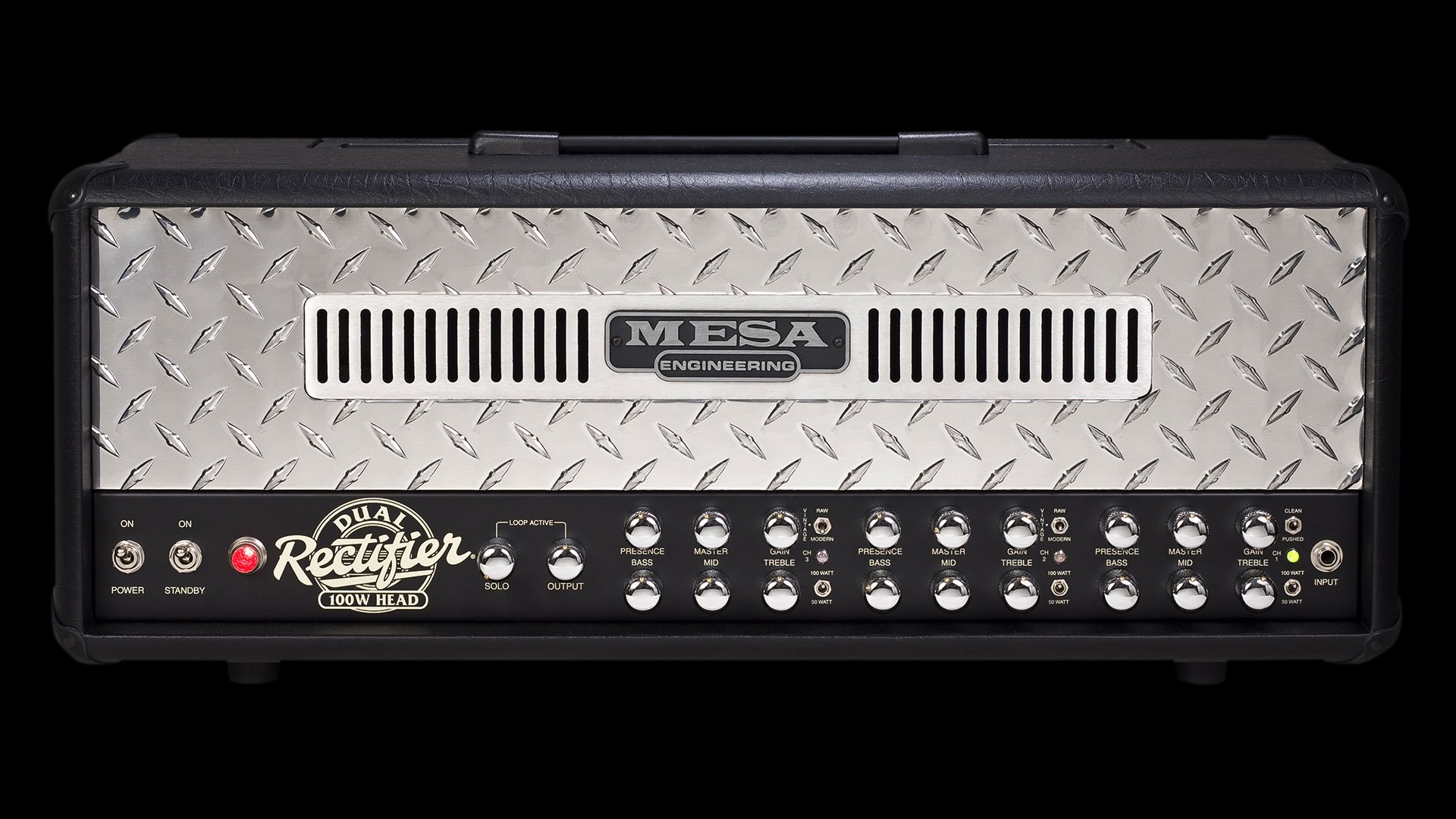 The CLEAN and PUSHED Modes found in Channel 1 are based on the popular Lone Star® and Mark V® and represent some of our best clean and crunch sounds.

It’s been more than 25 years, two generations of guitarists and several musical trend-cycles since the Dual Rectifier® first unleashed its crushing wall of gain on radio. In that time many have mimicked, modeled, dissected and plagiarized it, but it remains firmly planted at the center of heavy music; a Rock icon.

Over a decade ago the Recto® underwent a massive facelift that greatly expanded its versatility and took what was a 2 Channel amp aimed squarely at high gain only – to a 3 Channel amp capable of roaming any style confidently.

While still leaving the widest, deepest footprint in heavy music, the Dual Rectifier has become the amp of choice for a long list of chart topping devotees outside the world of heavy.

THE BEST RECTIFIER EVER BUILT…PERIOD.

Improved Modes in Channels 2 and 3 include a more soulful, earthiness in RAW, thicker layers of harmonics and more liquid gain in VINTAGE and tighter gut-punching attack in MODERN.

Better sounding and better feeling than any 2 or 3 Channel version that came before it, we had only one mission – To build the best Rectifier yet. Not an easy task but now with our patented Multi-Watt™ 50/100 (watt) Channel Selectable Power, an Improved Effects Loop, Channel Assignable Rectification with Rectifier Tracking™, a dedicated Tuner Out with Mute and an all-new Footswitch, the Dual Rectifier is more capable than ever before.

But what really has us most excited isn’t all the latest features you see on the front and rear panels. While these are great and really useful, it’s the TONE and range that has us most fired-up!

We’ve unearthed a lot of secrets since launching the original Dual Rectifier and we’ve put this knowledge to use in the latest rendering you see here. Improved CLEAN and PUSHED Modes in Channel 1. Improved Modes in Channels 2 and 3 include a more soulful, earthiness in RAW, thicker layers of harmonics and more liquid gain in VINTAGE and tighter gut-punching attack in MODERN.

Play the Dual Rectifiers® at a Dealer near you and feel for yourself the incredible sonic power of these modern day classics… now even better than the originals.