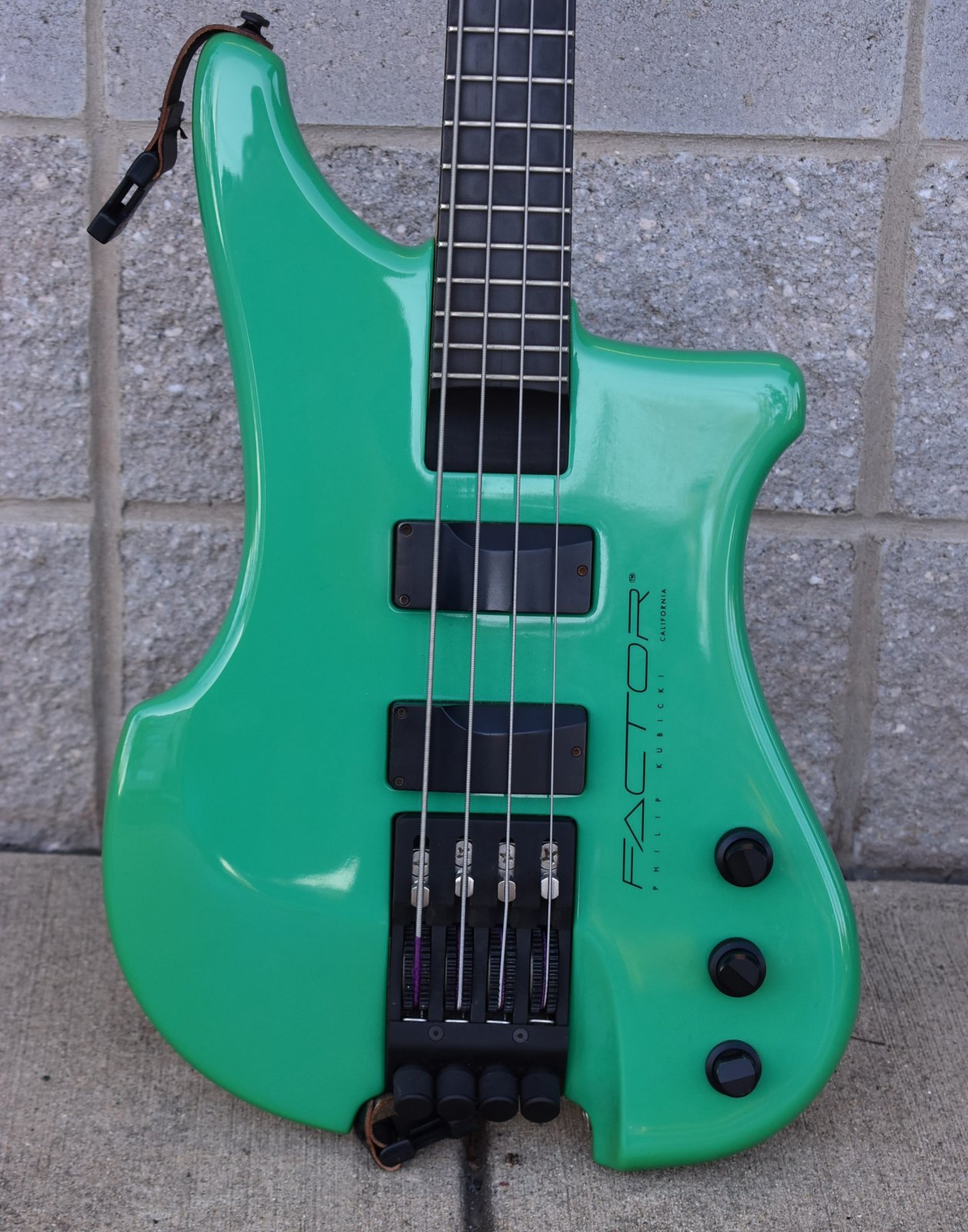 Phil Kubicki's description:
The ambition to make a line of original instruments began in 1983 culminating in the Factor bass. John Taylor of Duran Duran played his Ex Factor bass in the band’s appearance on Saturday Night Live in the early 80’s which boosted interest in the instrument. The first production model was sold in January 1985. Stuart Hamm, winner of the Bass Players’ Best Bassist in both jazz and rock gave more credence to the instrument. Worldwide recognition began when Vail Johnson, playing in Kenny G’s band, toured internationally playing his Ex Factor bass. By this point, production of the Factor bass could not meet demand. In 1988, a licensing agreement between Kubicki and Fender Musical Instruments was established for the manufacture and sale of the Factor bass by Fender that lasted until 1991. During this period, the main emphasis was on the development of the Key Factor 4 and 5 string basses as well as other prototypes. As soon as the Fender contract ended Kubicki was immediately back in production selling its Factor bass line. As always, the Factor basses are made in America and sold factory direct.