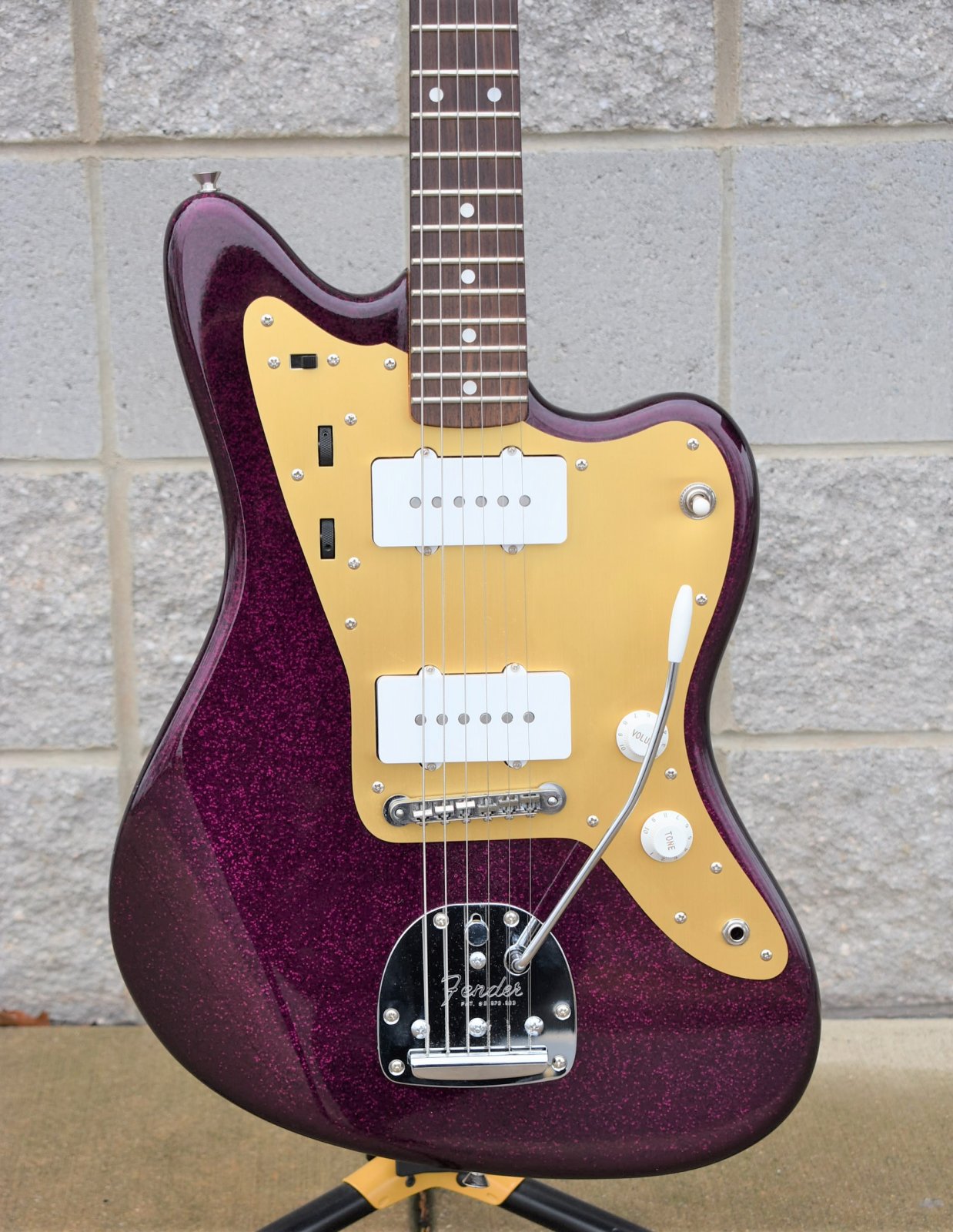 WARNING: Cancer and Reproductive Harm. For more information go to www.P65Warnings.ca.gov
To honor the sonic legacy of alt/indie rock founding father J Mascis, Fender® is supremely psyched to unveil the sparkling-new J Mascis Jazzmaster® guitar. Mascis took the instrument to a new place with his feedback-drenched, distortion-laden band, Dinosaur Jr. This new signature model pays affectionately ear-splitting homage to Mascis, giving the instrument a modern makeover for fans who've been clamoring for such a model for years. With its stunning and unusual Purple Sparkle polyester finish, matching headcap and gold anodized pickguard, the guitar features mods requested by Mascis himself, including an Adjusto-Matic™ bridge, reinforced tremolo arm housing and a satin-finished neck. The Dinosaur roar comes from dual vintage reissue pickups and the barrage of controls the Jazzmaster® has always been known for...a three-position toggle switch with volume and tone knobs and, for this model, a two-position slide switch with volume and tone controls configured as a lead tone circuit(up) and a rhythm tone circuit(down). The J Mascis Jazzmaster® is literally a sparkling new addition to the Fender® lineup, in celebration of the adventurous and continuing sonic contributions of the man who has been the model's constant champion for nearly 25 years now.